For some trappers, when the winter is winding down and the coon and coyote pelts are starting to show their wear, it means only one thing…beaver and muskrat trapping! 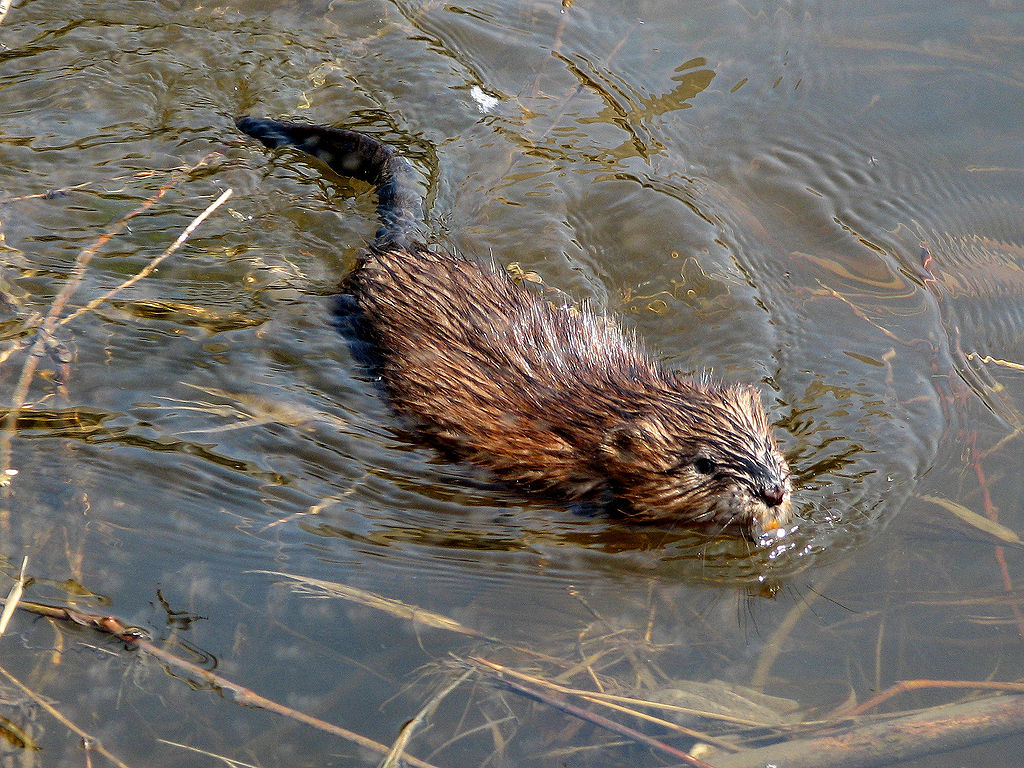 Muskrats look like small beaver when you see them swimming. The “rat tail” gives them away. Photo courtesy of Wikipedia.

In Nebraska where I trap, the season on most furbearers comes to an end on February 28th.  For muskrat and beaver, however, the season extends another month to March 31st.  The pelts on these two furbearers remain prime through this time and for many reasons it is a good time to go after them.

Fun For All Ages

If you are a trapper, the muskrat will provide fun for all ages!  Muskrats can be found in marshes, rivers, small creeks and some farm ponds.  Back in my early days (nineteen eighty something…) You could drive by any public waterfowl area and see “muskrat huts”.  These were large piles of sticks and reeds and other vegetation that muskrats used as homes and feeding areas.  I haven’t seen a muskrat hut in my area in several years, but there are still some around most areas.  Locally, our muskrat numbers have declined in the past years and they can be hard to find.

The equipment used for muskrat trapping is small, lighter weight and relatively less expensive than most traps and equipment.  Size 1 foot holds (coil or long spring) and 110 body grip traps are effective tools against the ‘rat.  Bob Miers of Sandy’s Fur Buying gives the following advice on equipment for muskrat trapping:  “If you use leg holds make sure to use one way drowners and have deep enough water or you will find legs and not rats.  If shallow water, use sureholds, conibear and colony traps work great in places as well.”

Use Of The Muskrat

If you skin your own catch, don’t throw away those carcasses.  Muskrats have glands that are used in some lures, and their meat also makes good predator bait.  The carcasses also make good mink bait when used whole or cut in smaller chunks.  Where legal, you can also use them at a bait station.

If your muskrat numbers are down, it is good advice to not completely trap-out an area.  Leave some of the numbers for “seed”, so you can have some breeding stock for next year.

Muskrats are a good way to get a kid (or yourself) involved in trapping.